In Funimate, users can either select the songs from various artists right from the application or they can also customize and add their own songs to the clips. There are many users who install the application but could not enjoy its features such as shooting video, adding music effects to their clips. So, here is a stepwise procedure to add music to Funimate.

With Funimate App, users can choose between millions of sounds and effects and add it to their video clips to make it more fun and amazing. You can directly share with your loved ones just by a few clicks.

How To Add Music To Funimate Videos? 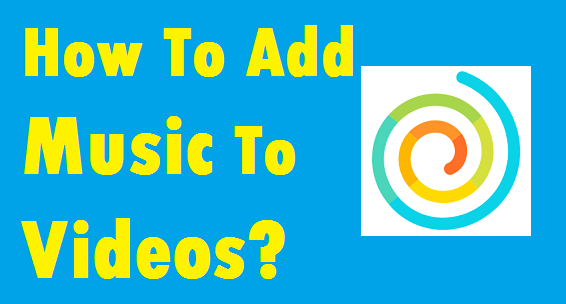 To add music to video clips, the following steps should be followed:

Tap ‘+’ icon in the middle of the bottom of the page to either shoot a new video or edit an existing video.

If you want to add music to a new video, tap on Shoot New Video.

Now, select background music for your video. There are thousands of sounds available in the application to choose from. The music can even be selected from your phone’s gallery. However, it is optional and you can start singing and add your own voice without adding background music right from there itself.

Once the music is added to the user’s video clip, the user has to press and hold the record button and shoot the video before finally saving it. He/She can also set a timer for the video clip if don’t want to keep it holding.

Open the video clip on the Funimate application.

These are the steps following which users can not only add effects to their video clips but also add music to their videos. However, since the app gets regular updates and UI gets slightly changed so the steps also may slightly vary.

Adding music can be skipped as well if someone wants to create a silent video clip. The app is super easy to use and great for video making and editing works.

Adding musical effects to a video makes it more fun and is a great way to spend time with loved ones. Other than this, Funimate has many other features. For instance, combining two videos together, managing the speed of video like normal, fast, and lapse recording modes, adding magic touches and stickers to video clips. And many other features to make it a great experience.

Furthermore, Funimate itself works as a social media platform for the users. It is similar to other musical applications like TikTok. Funimate also has the feature for the users to follow other users, like and comment on their posts and chat with them over the application itself.

After adding music to Funimate video, the user can upload their clip over the application and the followers will be notified of the same and can react to their clip. Sounds like fun, Huh? It gives away a better experience than this. So, at least have a try and make your boring time amazing.